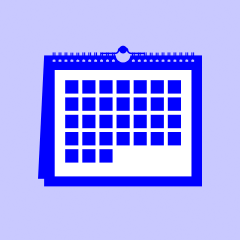 Export to Outlook or iCal (.ics)

FGM FIGHT-AUGUST HOLIDAYS ALTERNATIVE RITE OF PASSAGE IN KILGORIS
At the cross-road of culture, young girls in Kilgoris area of Transmara have endured the dictates that culture is entrenched in from the time immemorial. Female genital mutilation (FGM) and arranged marriages for these girls as young as 8-years-old has never been strange phenomenon. Misery and agony have been part of their lives for a very long time.
Though many of these girls are buoyed with the hope of attaining formal education like other girls in the society, their dreams are more often than not tainted by the cultural traits. However, though a number of the young girls may be disillusioned by the cultural practice of female circumcision and later on a forced marriage, most of these girls believe that without undergoing circumcision they would never get a partner. They are likely to be deemed as outcasts in the Maasai community.
Despite the campaigns and advocacy that have been spirited by anti- FGM bodies, the practice has continued in most communities. Young girls flee from their homes to evade the practice and attain formal education, but when they are adults they realize they have to gain acceptance. According to young Maasai men know as Morans, they can only marry a girl if she is circumcised, says Ruth. Ruth says that there have been reported cases where girls earn education up to the university level only to discover that they cannot be married to their own men (Maasai) because they have not been circumcised.
Research also reveals that FGM is harmful to the health of girls and women. Its immediate side effects are said to be bleeding, pain, shock and infections. In the long-term it is reported to lead to anaemia, scar formation (Keloid), problems in sexual intercourse, obstructed labour and infertility due to infections.
Several critics have perceived the fight against FGM to be more of cliché advocacy and leverage by NGO's who would want to earn some publicity stunt.
But, Ruth says their pursuit is justified and objective. She says that they have begun to target the men especially the Morans in order to sensitize them on the dangers of FGM.
"We know our limits. We interact with them by talking to them diplomatically," Ruth says.
Ruth says that they have changed their tactic from advocacy to interacting with the community especially the men by holding community education.
With the theme of "END FGM! And empower me with education, instead," Sima CBO plan to hold an Alternative Rite of Passage in August 18th 2009 for 90 girls. The community and girls were mobilized by Men and trained by both Men and Women for a solid 3 days. They will graduate without going through the cut in the presence of their parents on this day.
For More information on how you can participate, contact us at