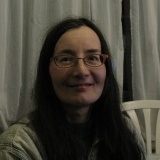 Farida Magdalena Gillot has not received any gifts yet

Give Farida Magdalena Gillot a Gift

Johnstone Sikulu Wanjala said…
I appreciate for your commitment you and kindly I requested you to help and support these children urgently before of 9th Sept 2009 for the school fees without complete them will not sit the finally examination which will determine them to promote them.
We have the following children’s that needed school fees paid before above date are follows:-
1, Mourreen Nafula Sitatunga high school balance $150, she is form four aged 16yrs.
2, Shaline Majuma Lumino Benezer high school balance $120 form one aged 14
3, George Wafula Tumaini academy school balance $80 standard eight aged 11
4, Roy Kisaka Tumaini academy school balance $50 standard four aged 9
5, Oscar Simiyu Namwela hign school balance$ 120 form two aged 13
6, Silve Wafula Modern academy balance$50 standard three aged 6
And others until the 9th September 2009,
Also orphans needed to get relief food after crop failure. Orphans in Trans-Nzoia district we are requested set to receive relief food from well-wishers, friends and willing individuals like you to help the following items:
Needed 1,000 bags of maize, 200 bags of the beans, 200 bags of the rice and 200 bags of the carton of cooking fat needed dispatched to the area of the end of two to three weeks to safe school children to continue to learn without drop out to the school because of the starvation and hunger. Also apart from the orphans, the supplies would also be given to those suffering from HIV/AIDS. The area had poor harvests last season due to inadequate rains and also post election violence affected many families.
We shall appreciate if God talk to you and your friends do miracle and send to us for your contribution for any amount that God has blessed tohelp this children.
Thanks and God bless you.
Johnstone Sikulu Wanjala

ABED MALHAS said…
ART OLYMPIC; Equivalent to the; Sport Olympic; Will B the greatest event ever Globally; please join CASA & relay 2 all THE LEGACY OF THE CENTURY; www.casaart.org

ABED MALHAS said…
- Nobel Prize 4 Children; The addition of children to Nobel It will just take a moment of your time but will impact for a lifetime We humbly request you to Send Emails to; info@nobel.se; weboffice@nobel.se; supporting & declaring your solidarity to include NOBEL PRIZE 4 CHILDREN; please join CASA & relay 2 all THE LEGACY OF THE CENTURY; www.casaart.org

diana robson said…
hi farida
please would you have a look at our website www.jompy.com I think you will find the info of interest
regards
diana 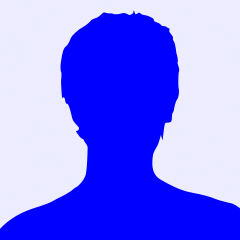 jeniffer yak said…
My name isjeniffer, i saw your profile today and became interested in you,i will also like to know you the more,and i want you to send an e mail to my email address so , here is my e mail address(jenifferyak33@yahoo.co.uk) i believe we can move from here .
I am waiting . (Remeber that distance or colour does not matter but love matters alot in life) reply me with your email address .
Thanks Yours in love,
jeniffer.

You need to be a member of Sima community Based Organization to add comments!